As we begin a new year at Aidha, it’s the perfect time to reflect on some of the programmes which began in 2015 and which will help to shape the lives of our students for years to come.. These include  the Alumni Development Programme (ADP), piloted in January 2015, and the Basic English Classes, which began in October 2015.

The ADP was designed as a programme to support the on-going business development needs of  Aidha’s alumni. Graduates are encouraged to attend practical workshops, to further hone their business plans, and to strengthen their leadership skills by participating in various opportunities on campus. They are also given the opportunity to pitch their business plans to potential donors for the chance to receive funding and individual mentorship for up to 12 months ( a variation of the Dragon’s Den or Sharks Tank programme, if you’ve seen it).

The success of this programme is clearly seen in the mentor and mentee duo of Mr. Angelo Roxas and Ms. Tumini. When she first enrolled in Aidha in 2010, Tumini, who is from Indonesia, said she was a quiet and timid person.

“I was really shy before I came to Aidha. I used to look down at the floor when I spoke to people. I learned how to speak up and take control at Aidha. Today, I feel so confident even when I speak to my employers,” she said.

“I want to open a hair salon. My mentor, Mr Angelo, asked me what would make my salon different from the others in Indonesia? I said I wanted to introduce herbal products that do away with the harmful chemicals in hair products, something Indonesia is not familiar with.” 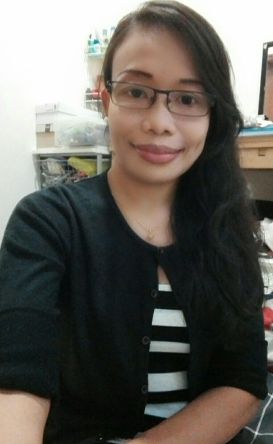 Her mentor was so impressed that he took her to salons in Singapore so she could speak with the business owners and get a sense of how to go about her own venture. Angelo remembers first meeting Tumini. “She had big dreams. I could tell that she had a resilient attitude and that we would get along very well. I am very proud of what Tumini has achieved so far and I am excited about her future. I am confident that she will succeed.” He says the key to success for all his mentees is resilience and a willingness to learn.

The Basic English Classes, which was launched as a pilot programme in October 2015, was aimed at building the communication skills and confidence level of the students. The pilot was designed for 20 student but 72 signed up! Darshini, a mentor helping with the popular  programme, believes “it’s  important to give students the confidence to carry on a conversation outside of their work environment, and with friends of different nationalities” One of Ms. Darshini’s students, Irnawati, said the class has definitely helped her build her confidence and language skills, especially when speaking to her employers. Darshini notes that, “Students are definitely now more conscious of their English and make an effort to correct their errors in their daily spoken English.”

Aidha will soon be launching a  new core programme “Improving Your English” in April and a newly expanded Alumni Development Programme in February. Please check our website and FaceBook page for more details soon!