Aidha is approaching its 13th anniversary this July! Here is a look at its journey of educating and empowering foreign domestic workers (FDWs) in Singapore.

Aidha officially launched in July 2006, with its roots tracing back to the pilot financial programme run by UNIFEM Singapore (currently the Singapore Committee for UN Women) for foreign domestic workers. Aidha has had its share of challenges since its inception – constraints such as space, publicity, funding and outreach to FDWs and employers. 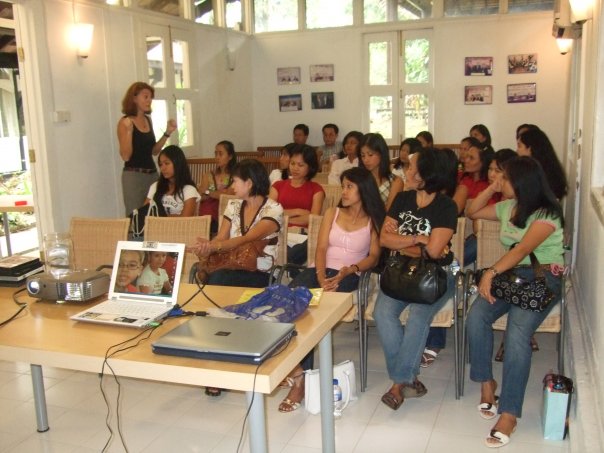 The pilot programme was initiated by Ms. Audrey Chin and Ms. Melissa Kwee and in 2006, then president, Ms. Sarah Mavrinac set up the first class for a batch of 25 students in her condominium function room. Ms. Niky Sakhrani, one of the early Aidha volunteers, and a current mentor remember those early days when they had to get chairs and desks from Sarah’s house to set up for the first classes, also as Facebook and social media was just starting out as well. Ms. Sakharani recalls how they had to rely on word of mouth publicity to recruit more students. 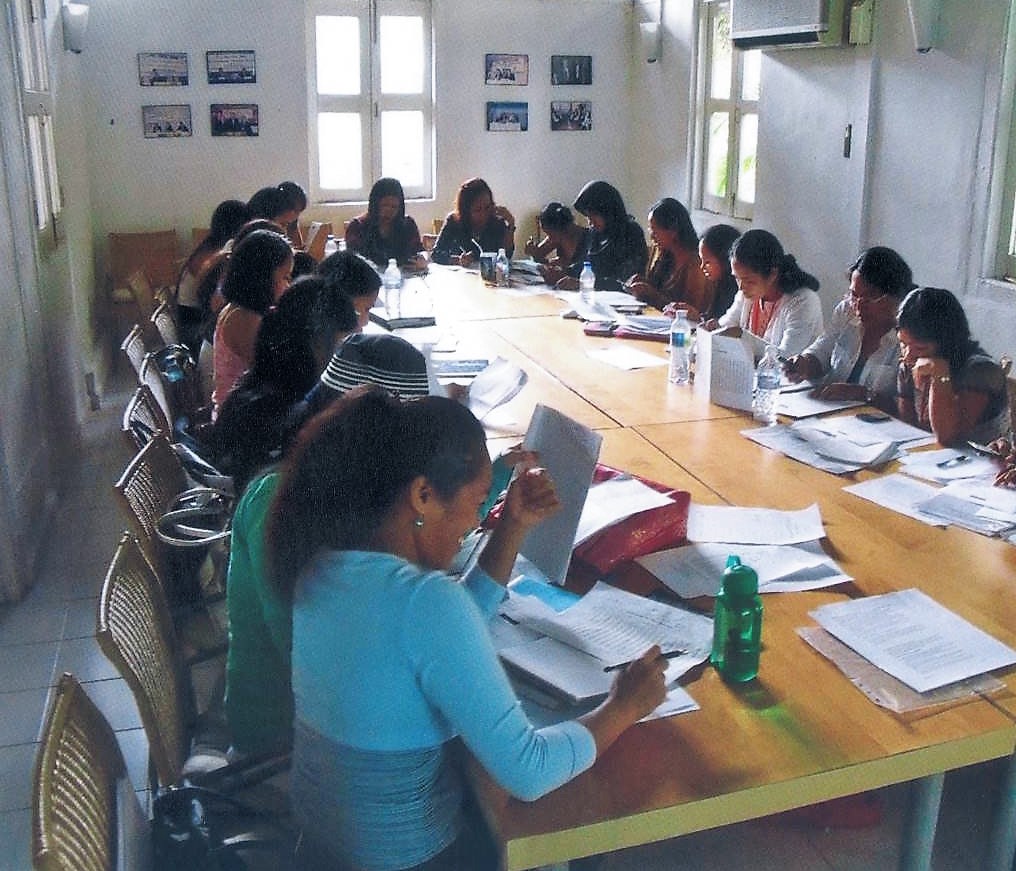 Over the course of the next few years, Aidha moved its campus to Nassim Road in 2008, NTUC Learning Hub in 2012 and finally to the current campus, United World College of South East Asia (UWCSEA) Dover campus in 2014. In 2012, there were big changes and transitions in terms of campus space, team management and funding. Ms. Claudine Lim, Aidha’s chair since 2012, says, “Barclays was Aidha’s first major corporate supporter and in 2012, they provided Aidha with its first significant grant. It put us on the path of further growth and laid the foundation for building other corporate partnerships to bring in more funding for Aidha.”

Aidha success stories are numerous,  Ms. Jocelyn Mompal, one of Aidha’s early students during its Nassim Road days, credits Aidha for her transition to a self-driven and confident woman. Today, she is an entrepreneur back in her hometown of Ilo Ilo, Philippines, with various business such as a travel and tour booking agency, farming, real estate, a sari-sari store while still working full time in Singapore; on her Sunday day off she volunteers as a Deputy Campus Manager at the current campus, United World College of South East Asia, Dover campus.

Tea-riffic! Nilushika Jayaweera with her complete line of “Nilu Tea” which is being sold on RedMart.

Battling through her tough circumstances, Ms. Nilushika Silva Jayaweera, arrived in Singapore seeking a better future for her siblings.  She credits Aidha for giving her the confidence and skills required to set up her own tea business in her home town in Sri Lanka. She believes her time at Aidha made a huge difference to her family and life, as evidenced by her drive to set up her own Sri Lankan registered charity called “Emerging Hope Lanka”, which empowers and educates underprivileged women in Sri Lanka to start their own micro-businesses (sharing the business acumen Ms. Nilushika Silva Jayaweera gained from Aidha, thus Aidha’s multiplier effect in action!)

Over the last 13 years, Aidha has stayed true to its core vision of sustainable futures through financial education. In Claudine’s words, “It’s all about providing women, especially those who face many challenges and disadvantages as migrant workers, with the tools and knowledge to break out of the cycle of poverty and become financially more secure.”  Aidha’s journey and vision continue to strive, bringing life to the meaning of our name,  a Sanskrit word meaning “to that which we aspire”, by teaching students to aspire to a fruitful tomorrow!